Tortured Willows, Skydiving, and the Magic of Poetry

I once paid money to jump out of a perfectly good plane.

As I walked to the tiny aircraft, I started to have serious doubts. The weather was glorious: typical Australian sunshine and endless blue skies. It seemed much more sensible to stay on the ground and enjoy being alive for longer than the next hour.

“Don’t worry.” My tandem skydiving instructor grinned as he did a final check on my harness. “You’ll be strapped to me, and I’ll be looking after myself.”

The terror of imminent, splattery death evaporated, leaving behind the fierce buzz of adrenaline. 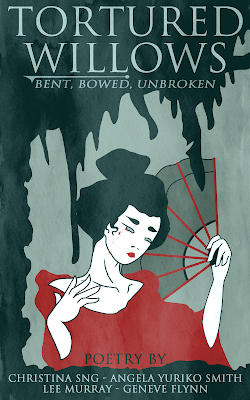 We circled up to ten thousand feet. When he asked if I was ready, I said yes. We scooted along the narrow bench and dropped out of the plane like a pair of stones. The freefall was incredible and loud and hilarious. There isn’t much dignity when your cheeks are flapping and your hair is probably whipping your instructor in the mouth. There’s no time for fear, only exhilaration.

It was only when I watched the video afterwards and saw myself tumbling out into nothingness that my stomach swooped.

I could have died! What idiot takes such unnecessary risks?

Writing for Tortured Willows felt very much the same. When Angela Yuriko Smith and Lee Murray invited me onboard, along with Christina Sng, to write fifteen poems for a collection to expand on the conversation begun with Black Cranes: Tales of Unquiet Women, I felt that same desire to stay on safe ground.

I knew how to write short stories; I had never written any poetry. The only poems I knew were limericks, and there’s only so many ways you can write about the Asian female experience of otherness in that format.

Who was I to have poems alongside these accomplished poets? Black Cranes had won the Bram Stoker and the Shirley Jackson awards and been nominated for a string of others; what if I couldn’t follow up such phenomenal success?

Then Lee revealed her excitement at sharing space with Christina and Angela—two award-winning poets—and me. I’ve read Lee’s poetry and it’s gorgeous and fine, like a scalpel glinting in moonlight. She also has work featured in the Horror Writers Association Poetry Showcase. Multiple times.

I realised then that she trusted I wouldn’t fall. We would all leap together.

I dived in and allowed myself to play. I explored different forms, knowing I would probably look ridiculous but it didn’t matter—I had signed up; the only way was through. I wrote as fast as I could, trying to outpace my imposter syndrome.

What happened next was wonderful. I experienced that same sense of freedom and free-falling abandonment. I had fun. It didn’t matter if my face looked like a windsock [with] a bit of drool escaping. I was trying something new and creating and letting myself be terrible.

The upside? It wasn’t as terrible as I thought. I made work that gave me shivers and made me cry and allowed me to rage. Poetry gave me new ways to expand on the conversation Lee and I, and all our contributors began with Black Cranes. The poems in Tortured Willows are deeply personal and we each tackle the many facets of otherness as an Asian woman. It feels important and I’m so thankful I got a chance to be a part of it. There’s still so much to say, and we aren’t done talking.

Geneve Flynn is an award-winning speculative fiction editor and author. She has two psychology degrees and only uses them for nefarious purposes. 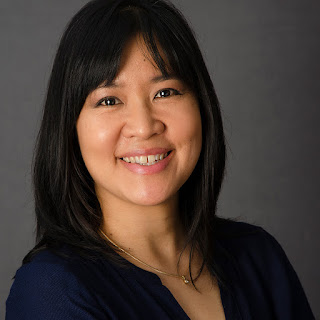 Geneve was assistant editor for Relics, Wrecks, and Ruins, a speculative fiction anthology which features authors such as Neil Gaiman, Ken Liu, Robert Silverberg, James (SA) Corey, Lee Murray, Mark Lawrence, Mary Robinette Kowal, and Angela Slatter. The anthology is the legacy of Australian fantasy author Aiki Flinthart, and is in support of the Flinthart Writing Residency with the Queensland Writers Centre.

Geneve’s short stories have been published in various markets, including Flame Tree Publishing, Things in the Well, and PseudoPod. Her latest short story, “They Call Me Mother,” will appear in Classic Monsters Unleashed with some of the biggest names in horror, including Joe Lansdale, Jonathan Maberry, and Ramsey Campbell.

Geneve loves tales that unsettle, all things writerly, and B-grade action movies. If that sounds like you, check out her website at www.geneveflynn.com.au.

The willow is femininity, desire, death. Rebirth. With its ability to grow from a single broken branch, it is the living embodiment of immortality. It is the yin that wards off malevolent spirits. It is both revered and shunned.

With exquisite poetry, Christina Sng, Angela Yuriko Smith, Lee Murray, and Geneve Flynn invite you to sit beneath the tortured willow’s gravid branches and listen to the uneasy shiver of its leaves.