WRITING JUSTICE INTO EXISTENCE: THE SOCIAL IMPACTS OF HORROR WITH R.J. JOSEPH

Today in the Madhouse, I'm sitting down with R.J. Joseph, a writer of exceptional talent and a scholar with razor-sharp intellect. She and I met at Seton Hill during one of the SHUWPF residencies, and not only is she the type of person who I could talk to for hours, but she has this beautiful energy and sense of humor that makes her light up any room she walks into.

She's joining me today to talk about her origins with the horror genre, and how she uses her writing as a way to invoke themes of balance, social justice, and discourse surrounding the female form. Also, be sure to check her out on Twitter at @rjacksonjoseph and on her blog at https://rjjoseph.wordpress.com/

No, Life Ain’t Fair…but I Can Make It So

Mama met my oft-repeated childhood refrain with, “Life ain’t fair,” in what became a household song she and I sung together.

My child’s heart became deeply wounded when faced with what I perceived to be injustice of any type and I never understood why Mama would think it was okay to just accept these things as given. It didn’t matter to me then whether the issue was a large one or a small one: the person who stole from another person and the one who got the big piece of cake while everyone else got a tiny one were both way, way out of line. While growing up helped me to better understand scale and nuance in these situations (as well as the realization that life is, indeed, unfair), the passage of time did nothing to quell my frustration at the existence of grave injustices and the thought that some people would just be allowed to walk through life unpunished for their deeds against others. For me, horror is partially a means to try to balance those scales and even tilt them in the opposite direction. Using this tool as a Black, female horror writer serves two main purposes towards this goal.

Female horror writers are more widely accepted into the genre now than in the recent past. So are Black horror writers. For horror writers existing at the intersection of Black and female, however, the road is still one harshly traveled, even if less so than previously. The remaining obstacles are ones other writers are rarely forced to consider. Some experiences I write about are determined to exist outside the horror genre when they’re clearly frightening to me and a large segment of the population who also happens to be Black and/or female. There’s often an unnamed “problem” with my writing that can’t be articulated but still prevents the writing from being published. My characters are unrelatable, even to other Black people, who don’t have any empathy for my characters’ circumstances because they aren’t their own. Yet, I continue to write. In refusing to shut up and stop telling stories, I’m working with other Black, female horror writers to try to enact balance to what’s offered within our beloved horror genre.

My stories, themselves, often center on the experiences of Black women. These lives don’t represent a monolith: there are endless experiences within the diaspora. They do represent women I know, as well as the woman I was, am, and will be. Their lives are filled with wrongdoing, fear, and victimhood. When I tell their stories, their lives become also marked with ways to gain justice for themselves. I love to write characters who have strength they know exists but don’t know how to harness. They may be afraid of themselves and what they’re capable of doing. I think about the unfairness of the “strong Black woman” stereotype and write about the women who aren’t really as strong as outsiders want to paint them, so they aren’t charged with helping these women. When society or their partners label them as monsters because they react to circumstances forced upon them, some of my characters lean into their monstrosity and create the lives they want for themselves. The scales of justice tilt whatever way I want in my writing, so the lives of those Black women take turns we might not always see in real life. 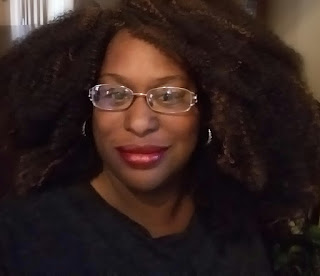 Rhonda earned her MFA in Writing Popular Fiction from Seton Hill University and currently works as an associate professor of English. She has had several stories published in various venues, including two anthologies of horror written by black female writers, the Stoker award finalist Sycorax’sDaughters and Black Magic Women, as well as in CampfireMacabre, a flash fiction anthology, Slashertorte: An Anthology of Cake Horror, and the Halloween issue of Southwest Review. Her academic essays have also appeared in applauded collections, such as the Stoker award finalists Uncovering Stranger Things: Essays on Eighties Nostalgia,Cynicism and Innocence in the Series and The Streaming of Hill House: Essays on the Haunting Netflix Series. Rhonda’s essay from The Streamingof Hill House, “The Beloved Haunting of Hill House: An Examination of Monstrous Motherhood” is also a Stoker award finalist for 2020.

Her most recent short story, “Witness Bearer”, can be found in the charity anthology, Twisted Anatomy: An Anthology of Body Horror.

Rhonda can be found lurking (and occasionally even peeking out) on social media: