I'm a Feminist Because: A Guest Post by Tiffany Scandal

Today in the Madhouse, I'm welcoming back Tiffany Scandal to talk about her work in the horror genre, as well as discuss what it means to be a feminist. Tiffany has her hands in a lot of cool projects right now, but she also works and edits with King Shot Press, a small publisher of radical books.

Their latest release, Nasty!, is an all-female anthology that tackles a powerhouse of important issues in regards to race, sexuality, and gender, which is something that we've been spending a lot of time talking about in the Madhouse this month. I'm actually preparing to teach a class on Women and Activism, and this anthology is definitely something that I'll be adding to my arsenal of books to help me prepare for the semester.

But now, I turn the mic over to Tiffany, and I invite you all to think about what it means to be a feminist, what the preconceived notions/stereotypes of it are, and how you, personally, plan to take a stand for gender equality.

I'm a Feminist Because
By Tiffany Scandal 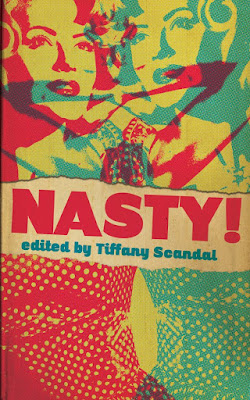 I recently curated an anthology benefiting Planned Parenthood. The anthology features non-fiction essays from 19 very different, fierce women. While it doesn’t encompass all of the various aspects of the female experience, it’s a good start to hopefully initiate and seek out more conversations about what’s wrong with society and what we can do to fix it. I aimed to capture conversations about race, gender, sexuality, means, and various other angles of struggle. After reading the collection as a whole, I felt really fucking proud because while this book isn’t perfect, it’s a start, and it feels important.

But putting together a book like this is risky. I expected backlash because we live in a society where a large portion of the population still views women as second-class citizens. All-female ToCs get instantly dismissed as novelty books. “Allies” mansplain feminism to me, tell me what my role should be, and how I could best support them on their mission to earn equal rights for all. Planned Parenthood is grossly misunderstood and constantly under attack. Female colleagues called me brave and applauded me from a distance. I pumped myself up, ready for a fight. Ready to stand by this book and its authors. Ready to not let this book drown and get lost. I was expecting a monster to come out from the shadows and attack, but nothing, except unconditional love and support for this project, came. 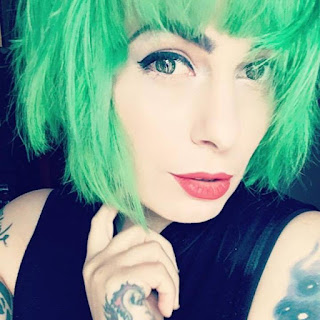 Then one morning, I woke up and my phone was blowing up with notifications from various social media outlets. A contributor to Nasty! was the focus of a conservative/alt-right attack. My name was attached to hundreds of tweets in a short period of time and I had trouble keeping up with it all. Scrolling to figure out what was happening, I saw men AND women make hurtful, violent comments in an effort to shut down a strong-willed woman. People were flinging curses, threatening boycotts, sending private messages, even creating troll accounts with our press’s name. I got called a hag and a witch (like those are bad things… pfft), and a lot of contradictory insults where I eventually just gave up on trying to figure out what the other people were trying to say. So much hate was being thrown in our direction that it sparked the interest of people who have never heard of us before. Support came from strangers, orders fired in faster than our laptops could keep up with. Conversations we were hoping to inspire started taking place and the book hasn’t even been out for a month. The scary, unpleasant thing I was worried about, made the book and our press stronger. I’ve never felt more proud.

As of today, Nasty! is our number one bestseller.

Author Bio: Tiffany Scandal is the author of Jigsaw Youth and the Wonderland Award nominated Shit Luck, and holds a degree in Feminist Studies from UCSB. She has modeled and worked as a photographer for Suicide Girls, and as a social worker, providing counseling services for at-risk women and LGBTQ youth.