Why do we write speculative fiction with homophobia? A Guest Post by Eric Crumrine

Today in The Madhouse Pride Showcase, I'm absolutely thrilled to host one of my brilliant MFA students and to introduce all of you wonderful folks to him. Let's welcome Eric Crumrine!

From writing classroom plays in elementary school, to writing campaign stories for friends playing Dungeons and Dragons, Eric has always kept writing within arm’s reach. Eric writes queer speculative fiction, and he brings forward voices that traditional speculative fiction has historically left to the wayside. He will continue to push the genre forward for representation of LGBTQ characters, who are not just relegated away as side characters to the plot’s main protagonist. He wants to give future generations the heroes he never saw. 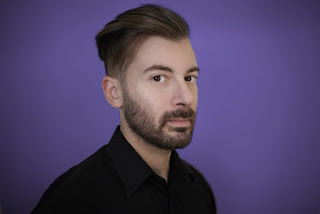 Eric currently lives in Boston, MA. He has a B. A. in English from Bowling Green State University and is currently completing his M. F. A. in Creative Writing at Southern New Hampshire University, with a certificate in professional writing.

His post below opens up an important dialogue that I think we all need to have about gender, sexuality, and identity when it comes to speculative fiction, and I hope that you'll resonate with it, think on it, and learn beside and from Eric about how to create inclusive diverse characters in your speculative fiction without any strings attached.
Best,
Stephanie M. Wytovich

Why Do We Write Speculative Fiction With Homophobia?

Ryan La Sala’s Reverie asked an important question: “What if you could be in a world that loved you back? What would you be willing to do for that?”

For those unfamiliar, Reverie is La Sala’s debut novel about Kane Montgomery discovering reveries, or daydreams come to life, that he and his friends must work through in order to maintain reality. Kane’s counterpoint (not antagonist) is a drag queen named Posey, who wants to use the power of the reveries to reshape the world into something that will accept them for who they are.

To me, this is one of the most important metaphors that I can think of for authors writing in speculative fiction. We can create vast worlds, systems of magic, and alternate histories asking those questions of “what if?” Yet, somehow, we often instead maintain these human aspects of our current cultures that are so pervasive and negative (homophobia, sexism, racism, etc.) When it isn’t critical to the story itself, I have to ask the question, why did an author choose to include this? 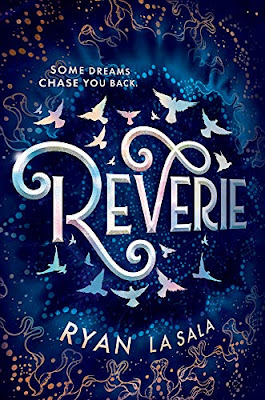 To take a video game example, Disco Elysium is an RPG film noir mixed with Cthulhu inspired adventure, where you’re a detective trying to unravel a murder mystery, all while trying to maintain your sanity. In this weird adventure, for no clear reason, a non-playable character flings vile homophobic language at your character. As I was playing the game – which I typically do for escape, much like reading - this completely removed me from the game. You drop a six-letter “f” word, and suddenly I’m back in the real world. I went back in and kept playing, but there was something lost in that moment.

While this is not always as overt in speculative books I’ve read, there are nearly always moments of homophobia (indirectly or directly) when queer characters are present. This could be characters scoffing at characters for their sexuality, bullying them because of their identity, or having to watch a character struggle to live their authentic self.

In these worlds, as a queer reader, my mind begins to fall out of the story. I now wonder why this culture, society, race, etc. engages in homophobic behavior. Is it religion? Is it rooted in toxic masculinity? How pervasive is it throughout the world? How does this add to the story that I’m currently reading?

In my own writing, I don’t include homophobia if it is not necessary to the story itself, and even there, I approach it in ways that hopefully will keep my queer readers engaged. For example, I have two projects I’m working on that illustrate when including homophobia might be necessary and when it isn’t. The first is a “slightly in the future” story with queer superheroes, where homophobia is an unavoidable side effect of America in its current form. The second, however, is a high fantasy story about the end of the world, where all my beautiful queer, gender non-conforming, and trans characters are free to live in a world that embraces that as part of the norm.

You can write an interesting and compelling story without having to run your queer characters through a gauntlet of hatred just because you want them to come out the other side stronger. Strength comes in many forms. Strength does not have to solely be based on survival.

I want to quickly highlight two authors that have accomplished world creation without homophobia for the sake of homophobia. 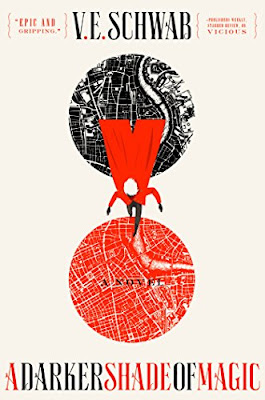 First, V. E. Schwab did this in her Darker Shades of Magic series with Prince Rhy. The prince is bisexual, and at no point in the trilogy does he apologize or feel compelled to hide this fact from those around him. He’s had a torrid love affair with the captain of a pirate ship (like you do), and while people are not a fan of the pirate, it is never because he is male identifying.

Second, Tamsyn Muir gives us the world of Gideon the Ninth. The brief summary of this book is lesbian necromancers in space, which was more than enough to sell me on it. There is a lot to talk about with this book, but for purposes of this blog, I’m going to highlight Gideon. There are a lot of reasons people in the book do not like Gideon or take issue with the things she does. However, the one piece that is never a point of contention is her sexuality.

This all brings me back to the question from Ryan La Sala that I shared at the beginning of the post. Queer readers want to lose themselves in a world that loves them back. As authors in speculative fiction, why wouldn’t you want to create that for your audiences?

What does this look like? If you find yourself making an LGBTQ+ character experiencing a challenge related to their identity, it can be something as simple as asking yourself the purpose of the moment. Do you need it? Is there a better way to achieve the same outcome?

How can you normalize queer worlds for your characters and your readers? When you’ve got wars raging, worlds ending, and evils gaining powers that need to be stopped, why are your characters still worried about who is sleeping with you and/or what pronouns certain characters use?

Create a world that creates a sense of belonging in your reader, and we’ll keep coming back for more.
at June 29, 2020