Shut the Fuck Up About Shirley Jackson: A Guest Post by Shane Douglas Keene

Today in the Madhouse, I'm sitting down with my brother-from-another-mother, Shane Douglas Keene, to talk about the state of women in horror, and I have to say, I honestly can't think of a better way to bring this series to a close than with Keene's essay, which I think stands on its own and doesn't need much of an introduction.

But before I turn things over to him, I know some people are probably right off the bat grumbling about the title of this essay, and I, as a woman working in horror, want to say that I could not agree more with Keene's sentiment here, and I think it's something that we all, myself included, need to really think about and meditate on when we're posed the question: who are your favorite women working in horror?

Something that I've noticed over the past couple of years is the repetition that seems to go around this month, and it's really frustrating. Sure, we all love and adore Shirley Jackson and Mary Shelley, but come on. Everyone loves them, everyone knows them--even if they haven't read them--and their stories have gone down in history and are taught and talked about in high schools, colleges, and graduate programs throughout the world. But contemporary women working and writing in the horror industry? We're the ones carrying their legacy, and in order for that legacy not to to disappear, we need to start talking about our modern day sisters as well. This is something that I'm going to make a point of personally both in my creative life, and in my academic life, because I'm just as guilty of this, too. So for me, moving forward, I'm going to start paring classic/contemporary works together in my classes, and I'm also going to continue with my short story challenge and try to read at least 30 short stories by female authors this year.

So I'm curious: what are your goals and who is on your reading list?

Shut the Fuck Up About Shirley Jackson
By Shane Douglas Keene

When I set out to write this initially, it was going to be an entirely different thing than it is. I had several hundred words worth of notes alone, and it was looking to be an in-depth, thoughtful piece that in another venue and for another purpose might have some value, but by and large doesn’t address the very real problem that exists in the field of horror fiction and media today. I have a terrible—some would say narcissistic—habit of making the things I embrace about me, and I was doing just that with this column you’re reading today, making it a breathy, confessional kind of thing that served more to describe the nature of the problem, but did very little to suggest ways to fix it or even that it really could be fixed. But it can, and I’m here today to make some simple suggestions to hopefully help get the ball rolling in that direction.

First, a confession. Until about four or five years ago now, I virtually never read work by female authors in the horror genre or any other for that matter. The reason? Largely, nurture. I had a bias bred into me by my father that basically boiled down to this: people with penises couldn’t relate to literature that was penned by one of the vagina-endowed individuals in our genre. Bullshit, I know, but we carry our inbred biases, often unbeknownst even to us, as closely as we carry our own fingerprints, perceiving the world through the tainted vision of our ancestors and further influencing that vision via our own reading and writing habits. And it isn’t just men who suffer from that early life shaping. Some of my sisters share the same attitude towards female fiction authors as my father does, one that essentially says women make great romance and fantasy authors, but if you want some real meat with your potatoes, you must turn to the grittier, meaner, and more meaningful work produced by the swinging dicks in the crowd. Once again, bullshit, but what can be done about it?

Well, for starters, when some luddite to the wonders of female-penned horror approaches you for suggestions about where to start, shut the fuck up about Shirley Jackson, Joyce Carol Oates, and Charlotte Perkins Gilman. They don’t need your help. Everyone who ever attended more than one term of college—or attended freshman level high school—knows full well who they are and recommending them serves largely as the equivalent to not making a recommendation at all. In fact, you risk confirming to them that there really is no true depth to the well of women’s horror fiction. If we would choose to be advocates, then our purpose isn’t to draw attention to the only three women whose names are likely to spark a sense of familiarity in the recipient, but to instead somehow demonstrate the vast panoply of outstanding fictions being generated by female authors right now. Suggesting the aforementioned authors or even drawing on slightly more recent voices such as the great Bari Wood or V.C. Andrews certainly has its place in intellectual discussion, but it has no bearing on the problem at large or the eventual solution to that problem.

Instead, you should be drawing their attention to some of our brilliant contemporaries in modern horror. Point them to the exceptional works of authors such as Damien Angelica Walters, whose recent short story collections, Cry Your Way Home and Sing MeYour Scars are some of the finest in recent memory, or perhaps try the utterly brilliant Lucy Taylor or Karen Runge, two of the best short story authors I’ve ever encountered and whose work leaves me literally stunned more often than not. It would be impossible to list every single worthy individual in a single column, and I won’t even make the attempt. But let me name just a few that I think you should be reading. And if you are already reading them, these are some of the ones I not-so-humbly suggest you should be recommending to newcomers. They are:

And that’s how it goes. That list, or any other you might encounter, is so far from all-inclusive as to be infinitesimal and unquantifiable. There are so many great women horror authors working in the industry that you could devote the rest of your life to their work alone and never get a chance to read them all before they finally submerge your moldering corpse beneath dirt and earthworms. And that’s not a nihilistic or pessimistic statement. To the contrary, its and entirely optimistic statement, one that says, “if you choose to drink from this well, your thirst will be forever slaked.” 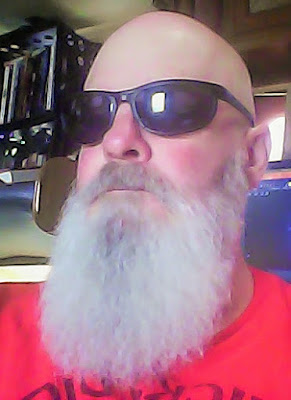 So, if you’re like I was just a few short years ago, thinking that the only good horror fiction is born of testosterone, I’m here to tell you to pull your head out of your ass. The girls are fucking scary, people, and they’re scary-fucking-talented too. If you for some reason negate or avoid their works, or if you think it’s only fit for consumption by “like-minded” women, you’re giving yourself a major screwing and you should unfuck yourself as soon as humanly possible. Honor our esteemed Orange Overlord and go grab some women today. For maximum satisfaction, grab their books instead of their pussies. You can open up worlds of depth, wonder, and imagination that you never could have dreamed was real.

Bio: Shane Douglas Keene is a reviewer, columnist, and poet living and dying in Portland, Oregon.  He spends his spare time drinking scotch, playing guitar, and thinking of ways to scare small children and puppies.  He pays meticulous attention to beard maintenance, mostly because it freaks people out, and he writes about dark fiction and poetry in various venues including his blog at https://shotgunlogic.wordpress.com/ and at HorrorTalk.com.