STUCK ON GLUE: AN INTERVIEW WITH CONSTANCE ANN FITZGERALD

Today in the MADHOUSE, I'm sitting down with Constance Ann Fitzgerald, author of Glue, and all around badass woman. Fitzgerald is the editor/curator of Ladybox Books, a zine maker, and the author of the bizarro novella Trashland A Go-Go. She grew up in central Arizona and has spent the last decade crawling northwest. She currently resides in Portland, Oregon where her happiness is wholly contingent upon whether or not there is a dog in the room.

When I first heard about Glue, I was really excited because everyone kept saying this book will break you and I love a good book that peels back the skin and reveals one's scars. Glue certainly didn't disappoint, and not only was I completely taken with it, I sat down and read it in one night during a thunderstorm. It was heartbreakingly beautiful and I truly can't recommend it enough.

"Glue is a meditation on grief and addiction, the loss of loved ones, and our incredible power to rebuild ourselves after everything falls apart. Heartbreaking, honest, and all-too-human, Glue is one of the most powerful books of the year."

As someone who has gotten more and more interested with creative nonfiction lately, I wanted to interview Fitzgerald about her process, how she collected her memories and translated them to the page, and furthermore, what writing this did for her, and for her readers. I hope you find her answers as inspiring and beautiful as I do, and I hope that you treat yourself to her book. You won't be disappointed and I'd be willing to bet that you'll find something out about yourself between the pages, too. 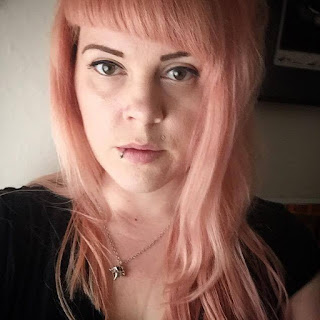 WYTOVICH: Tell us about your novella. Is it based on true events, and if so, how was it to write about something of that magnitude that is so close to the chest? Furthermore, when did you know that you were ready to write about the subject at hand?

FITZGERALD: Unfortunately, yes, it's a true story. At least as true as it can be from the perspective of one person. Writing about it was difficult, but therapeutic and necessary. It's all I could think about for years whenever I wasn't actively doing something, so I started writing my thoughts down in notebooks and (mostly) in the notes section of my iPhone.

I never said "this hurts, I'm going to write a book about it." I just realized one day how much I had written about it and that I had enough to compile into a short piece. I didn't know how long or what it was even going to be. Originally it was going to include some other subjects too, but I realized those were separate projects and really would have taken power away from this story that really needed to be the main narrative.

WYTOVICH: I love that you chose to write the story in second person point-of-view. How and why did you decide to write in that viewpoint over the others?

FITZGERALD: I wrote Glue in second person because that's how I write to myself when I'm writing in my journal. That's how I've written to myself most of my life. When it's just for me, it can sometimes drift back and forth between first and second person, but it's predominantly second. While piecing this together, I only had to adjust a few sections tense wise, which I really only did to make it cohesive. I figured it would place the reader smack in the middle of the events because it was happening to YOU, the reader, and not to ME, the author.

It also allowed me to put a little distance between myself and the story so I could actually spit out some of the more difficult scenes.

WYTOVICH: How did you decide on the title, Glue? 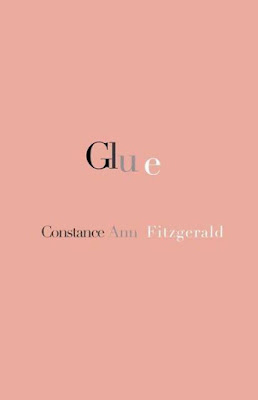 FITZGERALD: Man, titling this book was really fucking hard. I had no idea what to call it. Even my editor, Cameron Pierce, who is a title wizard, didn't know what to call it. We batted around and rejected several titles, and were in the middle of edits, when I was walking to work and listening to Nirvana's "Dumb."

I've loved Nirvana since I was a kid because my older sister was a big fan.
The part of the song where Kurt sings "my heart is broke, but I have some glue" played and I realized that there's an entire section of the book that's kind of a riff on that idea.

Originally I wanted to just use the full lyric and make it one of those super long titles. While tossing that idea around with J. David Osborne at a reading a couple days later, he suggested that I shorten it and just call it "Glue,” which is really for the best since Courtney Love/the Cobain Estate is pretty litigious and apparently the copyright laws about lyrics are kinda tricky.

I'm too poor to get sued.

WYTOVICH: What was your favorite part of the story to create and explore? Did you find any of it cathartic to write about?

FITZGERALD: I guess my favorite part was writing the crazy stories my dad tells me because they are insane, but 100% true.

I also really loved writing about my parent's wedding. I was looking at some photos and picturing them and their special day and their love and no matter how sad it makes me, it makes me ten times happier because they had it. They found each other and built a really great life together and I think that's really the best we can ever ask for.

Writing all of it was cathartic. It was difficult sometimes, but even those parts felt a little better once I'd written them out.


WYTOVICH: What part in the story was the most difficult to write?

FITZGERALD: Almost all of it. Pretty much any scene where anyone is in a hospital bed stuffed with tubes. If I never have to see another person i love in that state it will be too soon. Going back to that and "being there" again to write about it was less than desirable.

WYTOVICH: What does this book mean to you on a personal level, and what has the response been with your readership?

FITZGERALD: Not to sound totally up my own ass or anything, but on a personal level this book means absolutely everything to me. The fact that I get to share this with people and that anyone wanted to publish my bummer of a book means so much. I'm very grateful for that.

I've seen instances of others telling their more difficult stories and it made me feel less alone and I kept saying that if I could do that for even one person, it would be worth broadcasting my guts. 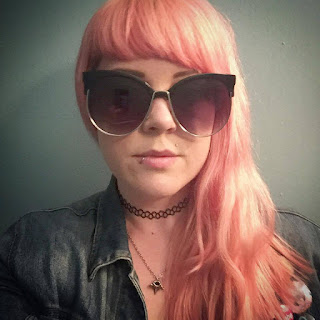 The response has been incredible. I've gotten really great reviews and that's more than I could have asked for. But more than that it's the private messages from people telling me they cried or they know how this feels, or thanking me for making them feel less alone in their grief, and some of my favorite authors telling me how much they liked it. That kind of thing means more to me than sales or any starred reviews.

My absolute favorite response was my dad calling me and telling me he spotted a typo and then calling back half an hour later to tell me to send him a few more copies. Then he took a break from reading it because it was obviously difficult for him. (I called him before it was released and warned him about it because I didn't want to blindside him with it.) When he finished it he called and told me I did a good job.

And then asked me to not write any more sad books.

WYTOVICH: In respect to your writing process, what do you find is the hardest part? The most enjoyable?

FITZGERALD: I think that most difficult part of my process is motivation. I can be really undisciplined. I'm not someone who sets aside time to write every day and does it. I've tried that, but if there isn't anything there then I just end up hating whatever I force out or dicking around on Facebook.

But once I have something in mind, when I have a goal and I know what I'm doing it flows out and it's all I can think about and lord help whoever is trying to come between me and putting down those words.

I think the most enjoyable part is the feeling of accomplishment when whatever I’m working on is done and I start sharing it with my inner circle or writing group to get feedback. I enjoy seeing what other people think I meant vs what I was actually saying and seeing how they match up.

WYTOVICH: How would you describe your writing style to those who are new to your work?

FITZGERALD: That's such a tricky question!

I've been focusing on creative nonfiction lately, so what I do now is really just try to be honest. I want to create a distinct scene for the reader and show them exactly what I thought and felt through somewhat sparse prose.

WYTOVICH: Who are some of your influences in the genre? Do you have any writing rituals that you tend to follow either before/during/or after you write?

FITZGERALD: Influences include but are not limited to:

Rituals are tricky because sometimes I get possessed and just start spitting words. When I'm doing it on purpose it's usually my cluttered desk facing the window, a giant mug of coffee, maybe some snacks, and some music that is good/I love, but not too distracting. It varies depending on my mood and what I'm working on. Offhand I really enjoy writing to The Ravonettes - "Lust Lust Lust" and The Velvet Teen - "Elysium"


WYTOVICH: What books are sitting in your TBR pile?

FITZGERALD: GUH. I actually ended up reshelving some because the pile was getting crazy, but some of what still remains:

WYTOVICH: What is next in store for your readers?

FITZGERALD: I'm working on a collection of stories about the other side of my family because they are a batch of completely insane and awful women (and my sister, who is a gem), some poetry zines, and whatever else burbles out in the meantime.

WYTOVICH: If you could give one piece of advice to new writers, what would it be?

FITZGERALD: I think that when we start writing we start because we have something to say. Once we start being heard, there is this internalized pressure that can be really terrifying and maybe even hinder the voice we so badly wanted to share. Don't do that. Just keep shouting.

Madhouse Author Interview: Every Poem a Potion, Every Song a Spell by Stephanie Parent

Hello friends and fiends-- Today in The Madhouse, I'm sitting down with Stephanie Parent, author of the recently debuted poetry collecti... 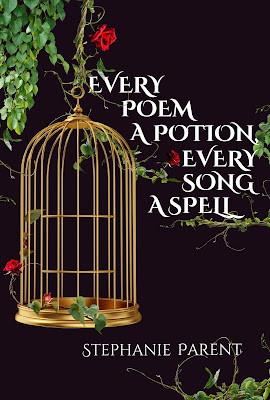