BROTHEL WINS THE BRAM STOKER AWARD: MEDITATIONS WITH THE MADAM

Wow, the past two days have been absolutely incredible and I have to tell you, I think I’m still in shock. Unfortunately, I wasn’t able to go to Stokercon this year because my job at the time didn’t approve my time off, so I stayed home and worked on a short story for Dark Fuse, read some poetry, and worked for a bit that Saturday, all the while trying not to think about all the fun I was missing and all the people I didn’t get to hug or see.

But because you all are awesome, so many of you touched base with me and kept me in the loop the entire time and I can’t thank you enough. It meant the world to me. Special shout out to Jennifer Bares, John Edward Lawson, Maria Alexander, Matt Betts, and Mike Arnzen! 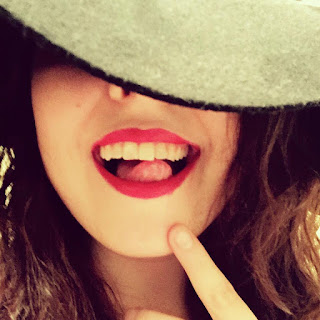 When I came home that night, I logged onto the Facebook Live stream and Dennis and I settled down with a six pack and a bottle of champagne (just in case). This year, I was blessed to be up for two nominations: Brothel for Superior Achievement in Poetry and The Eighth for Superior Achievement in a First Novel. The past three years have been incredible journeys with poetry and fiction, and while I typically don’t write speeches, this time around I had to since I wouldn’t be able to accept should something happen. I asked Jennifer and Mike to be my stand ins, and I (reluctantly) wrote some words down, hoping that this wasn’t a jinx. 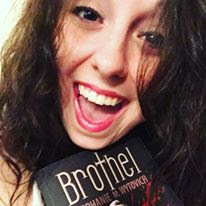 Poetry is usually first on the docket, so it’s always an adrenaline rush. For the past three years, I’ve

sat there shaking, my stomach in knots, my whiskey waiting in front of me, and honestly, it’s one of the best feelings in the world. I can’t tell you how much writing poetry means to me and the fact that you (or someone else out there) is reading what I write is a high like no other. It’s actually pretty funny because when I was talking to my dad yesterday—who was practically in tears over the news—we were both laughing about dark little emo Stephanie who used to lock herself in her room when she was growing up and read and write for hours all day and never let anyone read her work. I’ve pretty much been like this my entire life, my head always somewhere in a book, and it’s insane for me to think that I made it to the awards ceremony in Long Beach, California (well, in spirit anyways), and was now waiting to see if they announced my name. I was sitting at home in my pajamas, my hair in a messy bun with my mediation stone in hand, Dennis and Apollo right next to me. When they called my name, it didn’t register. I didn’t breathe. Dennis hugged me and kept shaking me and saying I won but I couldn’t believe it. By the time Jennifer made it on stage, I was sobbing uncontrollably and my god, it was the best, most overwhelming feeling I have every experienced. Her words made my heart smile and the applause that followed, in addition to all the excitement and support that lit up my phone for the next two days was absolutely incredible. 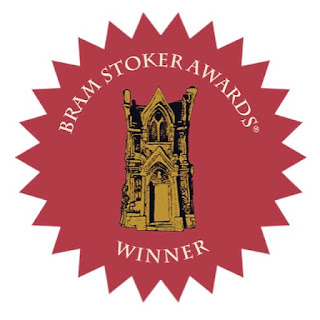 Like I said, it truly will be a night that I will never, ever forget.

Writing Brothel was so important to me and for lots of reasons. When I first got the idea for it, I was thinking about Women in Horror Month (February) and how it’s still crazy to me that we have to have such a thing because there are TONS of female writers doing beautiful, dark, amazing things out there. I wanted to write a poetry collection that celebrated women, that tackled themes of sexuality, death, orgasm, violence, and the female nude in a way that isn’t typically celebrated. In horror, we’re so used to seeing the woman as womb, as victim, and here in the brothel, I wanted to show strong female characters: hunters, warriors, protectors, sisters. I wanted to reverse the roles and stereotype and shed light on the ladies who are just as vicious as the next.

Brothel was my love note to women in horror, and the fact that it brought me and Raw Dog Screaming Press home a Bram Stoker Award feels great. Raw Dog Screaming Press has been such a pioneer of diversity in the horror industry for the past twelve years by focusing on race, sexuality, and gender equality and equal opportunity publishing, and I’m so happy to be working with them and with everything their press stands for.

I want to thank you all again for your support, your readership, but most importantly, your friendship. You all inspire me and make the long hours, the research, and the writing struggles worth it. I feel blessed to have you all by side, and I look forward to giving you my next muse, Jolene, later on this year with my new collection, Sheet Music to My Acoustic Nightmare, coming out in October from Raw Dog Screaming Press.

Here’s a sneak peek about what they’re saying:

Wytovich binds wrists with her muse using a chunky chain, and together they spin in circles, hoisting poetic knifes in a fight to the death. You might think you know what you're getting into with this collection of haunted road trips, erotic regrets and dangerous, devious desires, especially if you've read Wyto's other books of poetry. But this Acoustic Nightmare feels far more personal and profound than her earlier dark works, and you can tell she's riffing off the influences of her favorite writers -- from Charles Bukowski to Sylvia Plath, Jack Keroac to Anne Sexton to Edgar Allan Poe -- all of them also tied up tight, immersed in the muse she does battle with in this book. All the horror is still here -- how could it not be, in a collection by one of our darkest dreamers? -- but all that spooky gloom and spunky gore is just the basal layer underpinning a larger canvas of skin that she is tattooing, bruising, caressing, slicing and squeezing during this fascinating battle with her muse.  The glorious outcome of this knife fight is not the obvious denouement of death, nor the escape her narrator seeks solace in, but the complicated and frightening ballet of blades one makes with death along their life journey. As a reader, you're actively pulled into the weird seduction of her suicidal sway. Enjoy every step. Her muse might just be you....