BLESS ME MY SINS: THE EIGHTH CAN BE YOURS THIS WEEK! 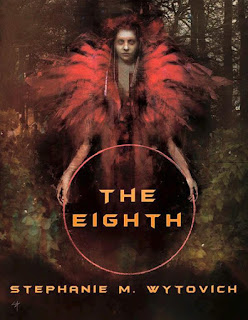 Today in the MADHOUSE we’re chatting about Hell and everything that it means to me. As most of you know, my novel, The Eighth, is to debut from Dark Regions Press on October 4th, and as such, my editor, Lynne Jamneck, and I had a nice conversation about the project and what’s all in store for you all soon. Check it out below, and if you're still curious and itching for more once you've finished, head on over to the Dark Regions Press Campaign and preorder the book. And if you really want to secure your place in the circles with me, pledge at the Choose Your Deluxe Edition level, and you'll receive an early e-book copy of my novel this week!

Bless me my sins..
Now let's set this page on fire.

JAMNECK-The Eighth comes across as a kind of Romantic paean to Hell; can you tell us about the inspiration for the story and the influences that shaped it?
WYTOVICH-My entire life, people have told me that I’m obsessed with death, with darkness, when actually it’s quite the opposite; I crave life to an almost lethal degree, but I’ve been in situations where I’ve stared down the reaper and had to wipe the blood from the floor, too. In my experience, it’s always through evil that we somehow find the good, both in others and in ourselves, so I wanted to create a story that focused around the broken and what happened when they found something, or someone, they thought could put them back together again. In my world, the light is the dark, Hell is the least of your worries, and when push comes to shove, my characters learn that sacrifice hurts a lot less than the love they’ve been holding onto.

Because after all, what is love other than vulnerability, weakness?
The answer? It’s everything.
The real threat, my friends, is hope.
And that’s what wrote this book.

JAMNECK-Tell us a little about your writing process; does it vary much according to what you're writing, e.g., poetry, short fiction or novel-length work?
WYTOVICH- My process for writing fiction and poetry is quite different; in fact, believe it or not, I actually have to write poetry in order to write my fiction.

When I sit down to work on my poetry, I write words and phrases, titles and emotions, and then I start to string them together by looking at art, reading through my notebooks, or listening to instrumental music. I really enjoy classical works, especially when they’re done in violin, so a lot of my poetry has a hauntingly romantic feeling about it…even when I’m draining someone of all their blood. My main goal is always to find the beauty in the horror, even if the definition of beauty is somewhat skewed from popular opinion/belief.

Now the process for my fiction is greatly dependent on the above. I was never one to favor outlining, but now with working full-time and editing, too, if I don’t plan ahead of time, I’ll never get anything done. Once I have the idea for the chapter down, the first thing I do is write the poetic version of it. Why? Because fiction is really intimidating to me. If I put it in poetic form first, it doesn’t seem as hard to tackle. because in a way, I’ve already met it head on, plus, at that point I have the turn-of-phrase and emotional intensity that I want behind the scene. After that, it’s really just expanding and filling in the details, all of which is done to music that I carefully pick, put together on a play list, and listen to on loop the entire time I’m writing.

JAMNECK- We seem to be in an exciting time now where genre fiction is beginning to appear all the more frequently in so-called "literary" work. Do you think this is an intentional shift as a result of genre-fiction's popularity in mainstream media? Or are writers, on the whole, becoming more open to the idea of incorporating genre elements in literary work?
WYTOVICH- I’m not quite sure. For the past two years I’ve worked in that scene at my day job, and to me, it was very apparent that literary writers wanted nothing to do with writing or embracing anything with genre/speculative elements…even when it was so blatantly obvious that they were working on and/or publishing horror. To me, I think there is still very much a divide, which is a shame because horror is a literary genre, and a lot of literary works have disturbing, horrific themes that bleed between the pages because let’s face it: life is scary and people do bad things.

I do think that the media is becoming more accepting of the blend, and to me, that’s a real treat to see, even though I still would be hesitant to introduce myself as a horror writer to a lot of publishers/agents outside of our community because of the stereotype that is still placed on our genre. For instance, do I think it’s safe to say “Hi, I’m a dark fantasy writer?” Yes. Hell, I might even say “Hi, I write psychological/religious thrillers.” But if I say horror? I might as well have a bucket of blood dropped on me because now, all of a sudden, I’m Carrie, not a female who has been working and publishing professionally in the industry for five years.

It’s a battle, for sure, but we’re making progress, and I see that and acknowledge it.
I just don’t think we’re all quite there yet for horror.

JAMNECK-In addition to writing, you are also a professional editor and a lecturer with an MFA degree. When you consider your own experience, what do you see as some of the biggest stumbling blocks for both aspiring writers and writers in general?
WYTOVICH- I think the biggest problem that I see when I’m teaching or editing is a fear for telling the story that the writer wants to tell. I say that with a lot of confidence because that was me, too. My second mentor, William H. Horner, taught me to cut the cord and dive in no matter how much it hurt and no matter how scared I was of what people would think of me. In other words, he taught me to turn off the metaphorical editor and just write because writing made me happy, not because it was something that I was hoping to get published or get a good mark on. Because of him, I went from writing 20 pages a month, to 60-70 pages a month in one semester’s time. He taught me that the first person I needed to write for was myself, and that made all the difference in the world to me because it took off the pressure of making everyone else happy. I mirror a lot of my teaching off of how he worked with me because without him, I would have not only dropped out of graduate school, but I probably would have quit writing, too. Will is pretty incredible like that. I owe him a lot, and I try to pay it forward by being that person for my students and clients today.

JAMNECK-What are you currently working on; any exciting projects in the works?
WYTOVICH-I’m just finishing up my fifth poetry collection as we speak, and last week I started a very exciting project that I’m just thrilled to be working on with Mercedes M. Yardley and Brian Kirk. It’s a deliciously grotesque and beautiful story, and I think it’s going to break a lot hearts…and bones.

Plus, there’s the sequel to The Eighth.
But that’s a story for another time…
at September 14, 2016 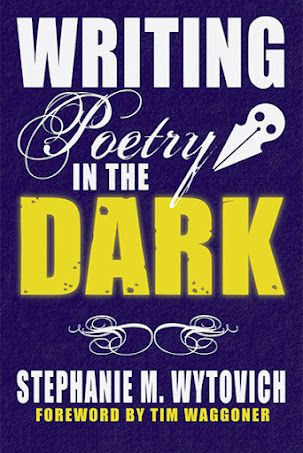