Today, I want to introduce you all to Chad Hensley. When I first read Chad's manuscript last year, I was immediately drawn to the Lovecraftian, gothic feel of his poetry. It's been a pleasure working with him as an editor--not to mention a lot of fun--and I'm so excited for the release of Embrace the Hideous Immaculate coming out next month from Raw Dog Screaming Press.

So let's give him all a warm, madhouse welcome as we sign him in, give him a room, and let the madness take him.

When did you start writing? Why did you pick the genre you write in?


I started writing poetry in college around 1986. I went to school at Millsaps College in Jackson, Mississippi. It has some great literary and history courses. One was called Heritage. It is an intense curriculum of Western Civilization. Starting with the dawn of Mankind and ending with speculations about the future, the program combines history, literature, philosophy, religion, and the arts in an integrated approach to the study of Western culture as part of a global cultural history. It was really intense with two lectures every day, massive reading assignments, plus small classroom participation every other day. It covers many religions, including their histories and not just their beliefs, as well as art movements and philosophical periods. I really enjoyed the course, as overwhelming as it was. Needless to say, this exposed me to many authors and poets throughout time.


In college, I also got involved in punk rock. I was already a fan of extreme heavy metal and punk was just an extension of extreme music. Punk rock exposed me to zine culture. Consequently, Millsaps College had a literary magazine called The Stylus. This periodical was filled with poetry, art, and some fiction. To me, it was just another zine but very accessible. In the 1980s, there was no internet yet. So if you wanted to submit to a publication, you had to do so through the mail. But since The Stylus was published on campus, all you had to do was drop your submission in a mail slot. You didn’t find out if you got accepted until The Stylus was published.


During this same time frame, a friend gave me a copy of the horror magazines Deathrealm and Revelations from Yuggoth. The person thought my poetry was similar to the poetry in these horror zines. These publications were very Lovecraftian in content. Now, I had read some H.P. Lovecraft in high school so I was already familiar with the author. But these zines really inspired me and I started reading them, as well as more of Lovecraft’s literature, voraciously. Through Deathrealm, I learned of another punk rocker who wrote fiction and poetry named Wilum Pugmire. I really enjoyed his horror fiction and he did a zine called Punk Lust. So I wrote to him and began corresponding.


Back at Millsaps, the literature students who controlled The Stylus weren’t always thrilled with my poetry submissions. They also usually did not like to publish more than one piece of writing from an individual, no matter how good the material was compared with the other submissions. This bothered me greatly. So to combat this, I submitted under a few pseudonyms in addition to my real byline. One of these pseudonyms was Orcen, which is the phrase “necro” backwards. This resulted in me getting several poems published in a single issue. Eventually, I joined the literary team that chose the contents of The Stylus, though I would never vote for my own work. However, some of the staff figured out my pseudonyms and the jig was up, though to their benefit, most of them did keep the revelation on the down low.

By this time, I was submitting to horror genre magazines regularly. I got my first poetry acceptance from Mark Rainey’s Deathrealm. Though my first published poem was in a magazine called New Blood (issue #5) though my byline was left off the poem, intentionally I think. My first poem in Deathrealm would appear in issue #9, just a short time later. Deathrealm was and still is my favorite horror magazine. I had eleven poems published in Deathrealm by the time it ceased publication. A few of my poems published here managed to receive honorable mentions in Ellen Datlow’s Year’s Best Fantasy and Horror, which helped to inspire me further.


After college graduation, I moved to Los Angeles at the end of 1989. It wasn’t until this period, that I started writing horror fiction and non-fiction. My first fiction sale was a pro sale to the publication Bizarre Bazaar in 1992.


In Los Angeles, I managed to move two blocks from Melrose Avenue which, at that time, was sort of a haven of underground culture. Stores like Vinyl Fetish record shop, the La Luz De Jesus art gallery and the Soap Plant book store beneath it, and Golden Apple Comics. Though it was further away, I could also drive to the Amok book store. All of these places as well as live music exposed me to a wider range of subculture that was simply not prevalent in the Deep South. My zine network expanded to include publications that focused on industrial music, apocalypse culture, and the occult.


As strange as it may sound, this combination of horror literature, underground music, and youth subculture mixed together really well for me…and had a definite influence on the creation of EsoTerra the journal of extreme culture, which is a zine I started in 1991. I wanted the magazine to be occult pop culture mixing in-depth interviews with musicians, artists, and writers alongside articles on the occult and fortean topics. The only criteria for the individuals featured in the magazine was that their ideology had to be expressed through their music, art, or writing. This really helped me to develop my non-fiction.


In the mid-90s, I began writing for various culture magazines like Seconds and Terrorizer in England as well as Warp Japan in Tokyo. These editors pushed my writing which in turn pushed the articles in EsoTerra magazine to be better with each issue as well as my fiction. Consequently, I’ve had articles published in the books Apocalypse Culture 2 by Feral House and volumes two, three, and four of Antibothis (an occult anthology from Portugal), as well as the magazine Hustler (yes, that one) and Slayer fanzine from Norway based on subject matter that originally appeared in EsoTerra magazine. In the cases of Antibothis and Slayer fanzine, articles from the magazine were reprinted in their entirety. In fact, Jon Kristiansen’s massive hard back tome The Slayer Mag Diaries that collects material from his Slayer fanzine, contains my Marilyn Manson interview, though no credit to me is given.


In 2011, Creation Books in England published EsoTerra the journal of extreme culture as a book which collected the best material from the magazine. The book is still in print and available from Amazon.com worldwide.
Getting back to poetry, I had a chapbook called What the Cacodaemon Whispered published in 2001 which also ended up being a Bram Stoker finalist. Then in 2007, I had another chapbook of poetry published called Shades of Darkness. It contains What the Cacodaemon Whispered plus the chapbook Deep South Drifter. At this time, I was still recovering from the effects of Hurricane Katrina which severely impacted my parents who were living along the Mississippi Gulf Coast and, though my home in New Orleans was untouched by the hurricane, life in the city was very problematic for me. Long story short, there was little publicity for Shades of Darkness on my part and not very many people were aware of it, I think.


I don’t know if I have normal writing days. Ha! I go back and forth between poetry, fiction, and non-fiction. Sometimes, I have focused on what pays the best financially and maybe that’s not always the best idea.


Who are some of your favorite authors? Who are you currently reading?


From 1997 until 2003, I lived in Seattle, Washington. Wilum Pugmire lived down the street from me. So it was easy to meet up, critic each other’s fiction, as well as collaborate. We’ve written one poem and three short stories together, one of which wound up in the mass market paperback anthology The Darker Side: Generations of Horror. Wilum and I also collaborated on a chapbook of short stories titled A Clicking in the Shadows and Other Tales published in 2002. The lead story received an honorable mention in Year’s Best Fantasy and Horror. I’m really pleased and proud to have collaborated with Wilum and hope to do so again one day.


Do you write in silence or with noise (TV, movies, music)?


All of the above… Sometimes, I write in silence. Or with the television turned on but the volume turned down. Other times, I write to music.


Do you type or write longhand?


These days, I mostly use the computer keyboard. Though, I have taken notes on paper, written in long hand, and kept a journal. When I go on trips (I have been to Japan, the Hawaiian Islands, and both the British and American Virgin Islands), I try to keep a journal.


Would you consider yourself a Plotter or a Pantser?

With fiction, I am definitely a plotter. While with poetry, I am much more fly by the seat of your pants. I have often dreamt stories or gotten ideas for poems from dreams. Sometimes, a specific occurrence, event, or situation will inspire my poetry.


How do you balance being an editor and being a writer?


My advice would be to network more. I have ignored this in the past or simply not accepted that writing is a business. Especially, if you want to get paid and/or recognized for your work.


In May, Raw Dog Screaming Press will publish my first book of poetry titled Embrace the Hideous Immaculate. I’ve had poetry in the last several issues of Star*Line, the publication of the Science Fiction Poetry Association. I tend to not submit to online publications unless they pay well but I did have a poem in Mobius: The Journal of Social Change volume 24, number 4 at http://mobiusmagazine.com/ and I have a poem in an upcoming issue of Space and Time.


I will have fiction in issue #6 of Allen Koszowski's Inhuman.


This summer, Camion Noir will release the French language version of my book EsoTerra the journal of extreme culture. I also have an article in the Slovakian language version of Audio Culture: Readings in Modern Music coming sometime this year. Next year, I will have non-fiction in the hardback anthology The Fenris Wolf volume #8 coming from Edda Publishing in Stockholm, Sweden. 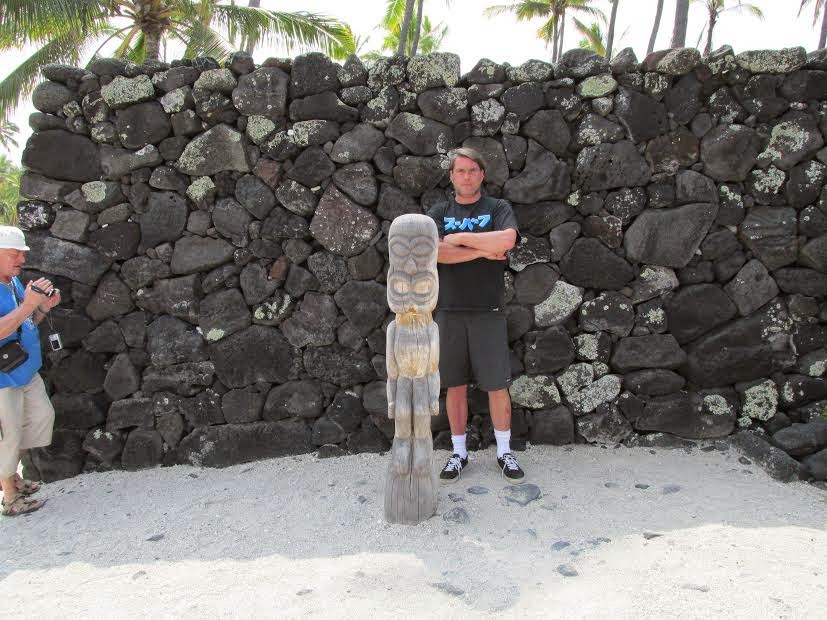 Author Bio: A crafted reporter on cultural extremes in music and art, Bram Stoker Award-nominated author Chad Hensley saw several years of his writing on underground subjects as EsoTerra: The Journal of Extreme Culture, through Creation Books in 2011 and available at Amazon.com. Hensley's non-fiction has appeared in such praised publications as Apocalypse Culture 2, Terrorizer, Spin, Rue Morgue, Hustler, and Juxtapoz. He has sold short stories to the anthologies The Darker Side: Generations of Horror, Allen Koszowski's Inhuman, and Chad's short story collection with Wilum Pugmire, A Clicking in the Shadows, received an honorable mention in Year's Best Fantasy and Horror. His poetry has also received honorable mentions in Year’s Best Fantasy and Horror as well as being nominated for the Science Fiction Poetry Association’s Rhysling Award and the Horror Writers Association’s Bram Stoker Award. Last but not least, his poetry appearances include the magazines Star*Line, Dreams and Nightmares, Space and Time, Crypt of Cthulhu, Deathrealm, and the Chiaroscuro website.  Chad currently resides in New Orleans, Louisiana
Posted by Stephanie M. Wytovich at 11:26 AM